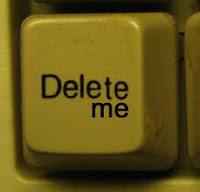 1ST DRAFT – EXPERIMENTAL
*idea formulating for a month or longer in brain
*longhand scribbling
*1-4 pages
*very crude, little resemblence to final story
*stream of consciousness
*done in quiet place, no distractions
*little dialogue written in
*little to no formatting
*sometimes this draft will sit a long while

*process is a neverending process