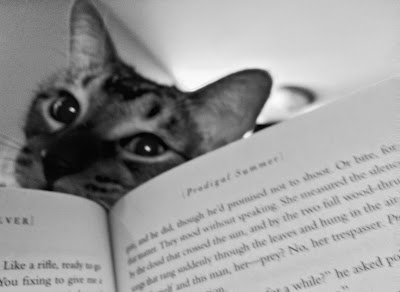 1. Gut Feelings: The Intelligence of the Unconscious by Gerd Gigerenzer
2. Zen and the Art of Writing by Ray Bradbury
3. Lovely to Look At: What Animals Should Know about Humans by Noreen
4. The Gifts of Imperfection by Brené Brown
5. To Kill a Mockingbird by Harper Lee
6. Prodigal Summer by Barbara Kingsolver
7. Bradbury Speaks: Too Soon from the Cave, Too Far from the Stars
8. The Imaginary Girlfriend by John Irving
9. What You Need by Andrew Forbes
10. Where Did You Sleep Last Night by Lynn Crosbie
11. House Inside the Waves by Richard Taylor
12. Beetle by Matthew Henly
13. In Patagonia by Bruce Chatwin
14. The Fatal Shore: The epic of Australia’s founding by Robert Hughes
15. The Western Home: Stories for Home on the Range by Catherine Cooper
16. Amelia Earhart by Kathleen C. Winters
17. The Sum of Our Days by Isabel Allende
18. A Different Shred of Skin by T. Anders Carson
19. Fury by Salman Rushdie
20. We Sinners by Hanna Pylväinen
21. The Corner by David Simon & Edward Burns
22. Holidays on Ice by David Sedaris