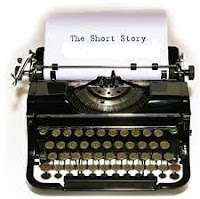 What’s in a title? A lot. It’s the first thing a reader, editor, or judge responds to. A good title piques interest and raises questions before the reader knows what your story is about. A bad title may turn someone off from reading further.

Of course, you can’t please everyone. Perhaps you’ve titled a story Brenda’s Biscuits. Not bad. Now imagine a reader who as a child was bullied by a girl named Brenda, whose grandfather died from choking on a biscuit, and who was scorned by a teacher for using excessive alliteration. An extreme example, but you get the picture.

A strong title may suggest an emotion or create a mood. It should not only sound good but also look good. If a reader likes your story and wants to recommend it, would they remember the title, or is it too long and obscure sounding? Originality is a bonus. Titles can’t be copyrighted, but if someone searches for your short story online, it would be a shame if there were four others titled the same.

Titles come to writers at different times. In my experience, the best titles appear early on when writing a short. I once changed a story’s title after each revision – twelve times! Some writers are okay to wait until a work is completely finished before naming a piece, but I prefer to have a working title, even if it is the wrong one.

If a suitable title eludes you, don’t wait for it to magically appear – ask other writers and mentors for suggestions. Objectivity can muddle up titling the same way it can revisions. You don’t want to sit on a fantastic piece of fiction just because you’re not convinced you have the best title. Submit your work, an editor may suggest something better.

On the flip side, don’t get too attached. I once thought up a great title early on in drafts. By the time the story was done, the title didn’t quite fit, but I kept it anyway because I thought it sounded cool. Just like characters, you sometimes need to kill titles or at least save them for different stories.

Good titles seem to come without much thought, but if you are struggling, consider these suggestions.

Brenda’s Biscuits was an extreme example of how a title can turn a reader off. A more likely scenario: a reader picks up an anthology of short stories, yours included. They only have time to read one. The reader will skim over the table of contents and choose a story whose title intrigues them the most. Will it be yours?

Any tips or anecdotes about short story titles?