A discussion about childhood toys got me thinking of 70’s board games I was fond of, or obsessed with. 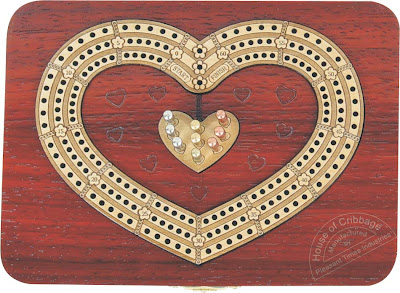 Cribbage – My favourite game of all time. Granny taught me, and my whole family plays and bets. I even wrote a story called “The Invisible Cribbage Players” about a travelling troupe of two who plans to amuse the masses. It’s a dying game, so get out there and learn it kids.

Monopoly – The Oakburn Road gang would meet for days on end in basements and play until dinner. The boys were brutal wheelers and dealers. My favourite set was the red ones, and I always played with the top hat. Forget the new version with an electronic banker; the coloured money is what it’s all about.

Operation! – Mum made me play this in my room with the door closed. The buzzing red nose and my screams when tweezers hit metal annoyed her. I bought this again as an adult, and she wouldn’t play with me. The hardest to excise was a toss up between the spare ribs and the bread basket.

Trouble – Another annoying game for parents with its pop-o-matic dice bubble. Found an imitation version called Frustration – pretty much the same except you get out and pop twice with a 1, not a 6. Simple and still fun. Good revenge factor.

Stop Thief! – An electronic cops and robbers game. You follow a thief around the board through various clues given out from a batteried-operated device. Haven’t seen or played this since, but I think of buying it on ebay.

Full House – 2-4 players are innkeepers who rent their 1 & 2 bdrms and suites to guests. Goal is to go from an economy to luxury joint. Not sure if it would be as fun as an adult.

Scavenger Hunt – Good memories playing this at cottage Willow 5 in Waupoos. A basic board game with players collecting strange items from the garage, attic, etc. Not a lot of strategy, so gambling may have increased its likability factor.

Life – It gave us kids back then a make believe view of adulthood and all those pleasant things such as marriage, work, and kids. I have no desire to play this game now.

Yahtzee – A good game for a foursome of family or friends. Not super competitive, more a laid back cottage game. Annoyance factor high when played with plastic cups for rolling dice.

Masterpiece – A friend owned this, and I’ve never seen it since. Cards with famous paintings were clipped to various amounts of money that players bid on. Each game, a different painting would be worth the coveted million.

Clue – Professor Plum in the study with the revolver. Not so great as one grows older, but a timeless classic for kids. Very Sherlock Holmes.

Mousetrap – A game I always wanted but I think my parents knew the pieces would go missing by Christmas afternoon. My cousins owned it but it never looked as cool as it did in commercials.

Battleship – You sank my battleship! I prefer the old school version although the electronic upgrade did offer some cool sound effects and insured cheating was not possible.

What were your favourite games as a kid? Are you still playing them?